Menu
Log in
Register
You are using an out of date browser. It may not display this or other websites correctly.
You should upgrade or use an alternative browser.

Dufflebags allow you to store items in them such as materials, cash, weapons and drugs. You can purchase them at any 24/7, they worth $10,000.

You can now create your own paintball arena with a bunch of settings.
There are plenty options added to the paintball system, you can now pick the weapons, map and a bunch more arena settings! 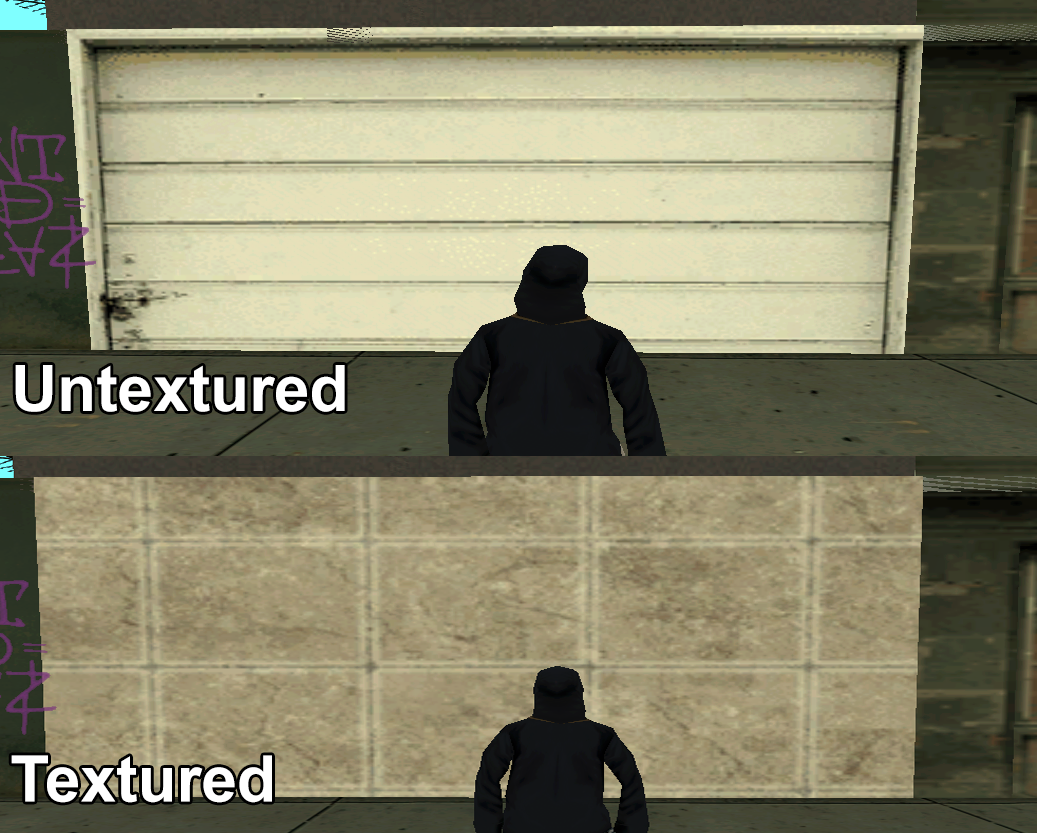 To spray a graffiti (gang tag) you need to be in a gang and you must have a spray can in your hand.
Different font and sizes may be added in future updates.

New tunning shops!
You don't need to go to the San Fierro's Tunning Garage to mod a specified vehicle, the one in Los Santos now supports all vehicle models (expect bikes and other default restricted GTA SA modding vehicles).

Nice someone finally added all the shit ive been suggesting for years... - kevinflowers

The paintball entry fee should be decreased.

So nice my patrriot good job.

Meh. It might not be finalized but yeah. You invented some of those features and they are bugged. Just pointing it out. Why even getting those in the game if they aren't finished. It will clearly lead to bugs.

ye i died from this bug of garage

Old school system is bugged too. Almost every player has OS role ig even if they aren't Old School.

Mancini said:
Old school system is bugged too. Almost every player has OS role ig even if they aren't Old School.
Click to expand...

Admins can give Old School tag to any player using /setoldschool probably without permission of high ranked admin.
L

Theres a bug in /stats, it showed my bank balance is1k, my hand baclance is 7K but my tw was 18k

Kenson said:
Taking my words back. Here's an full list of broken shit with this uptade.
-There's no new interior in the city hall.
-There's no /changename in the city hall.
-The garage doesn't even work. Once you enter it. It auto despawns your car.
-Paintball bans people for weapon hacks.
That's all the stuff i've found so far.
Click to expand...

Dufflebag is not in supermarket to btw still so cool.

The update idea is nice, but the implemented update is a little bit bugged as I have heard and experienced in-game.
S

If the update was not ready then why even implement it? Let alone, post this thread? When @Leone's name is on the update, this shit just does not happen.

Bugs, bugs and nothing but more bugs. Thank you, Pedro.
Click to expand...